Performed by a cast of veteran entertainers, (8 vocalists backed by a 4 piece band) including former members of, The Jones, Main Ingredient, The Spinners, and The Marvelettes peppered with Broadway savvy performers who had leading roles in “Dream Girls”,” Your Arms Too Short to Box With God”, “Porgy & Bess” and “Showboat”, Forever Motown resumes its successful theater tour that broke its own box office records in 2011. 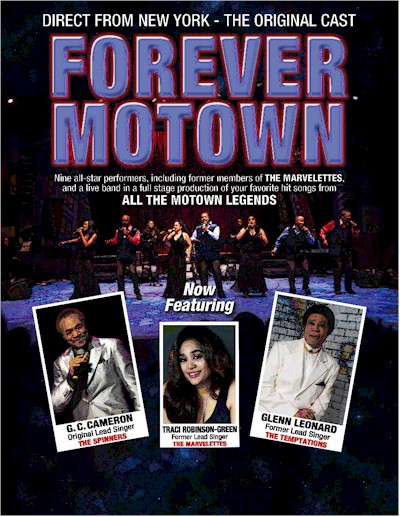 The veteran entertainers offer a non-stop, high energy trip down memory lane featuring the songs America grew up on. Great attention to detail was given to this iconic Motown Sound which was recreated down to the slightest vocal and musical nuance by such American icons as Marvin Gaye & Tammie Terrell, Smokey Robinson & The Miracles, Gladys Knight & The Pips, The Temptations, The Four Tops, The Supremes, Stevie Wonder, Martha Reeves and the Vandellas, Lionel Richie, Mary Wells and the entire Motown roster of stars. The look and feel of authenticity extend to costumes from Tony Award-winning designer Evie Ross and classic Motown choreography from American Dance Theater director Terri Giordano.

Sing, dance and celebrate the music of your life to songs like “My Girl”, “I Heard It Through The Grapevine”, “Reach Out”, “Shop Around”, “Dancin’ In The Street”, “Stop, In The Name Of Love”, “Ain’t Nothin’ Like The Real Thing”, “Ain’t No Mountain High Enough”, “How Sweet It Is (To Be Loved By You)” and “Uptight” – nearly 30 non-stop hits in all! Each song captured visually, vocally, and choreographically down to the slightest unique nuanced Motown detail.

The truly talented and charismatic cast is the perfect blend of look, sound, and personalities, which are tailor-made for the songs they perform. Cumulatively the cast members each have performed on recordings with over 30 million record sales to their credit and over 40 years of both on and off-Broadway experience. The director, musical director, choreographer, and costume designer have jointly won over 25 of America’s most prestigious theater awards for their direction, choreography, and staging. 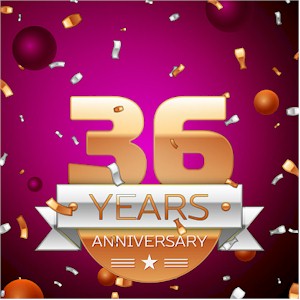 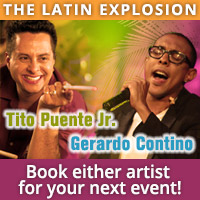 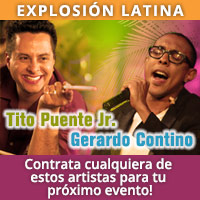 Don't have time to search through thousands upon thousands (and we do mean thousands, seriously) of headline entertainment?

One step may be to get them while they are already out on the road. From rock, pop, urban, R&B, indie, Motown, and soul, etc. To know these names and possible availabilities is to know who you may acquire for your PAC or club dates, and special events.

Call our talent agency today to inquire which artists will be in your area at the time of your PAC or casino dates, meetings or events. +1-202-369-1063.